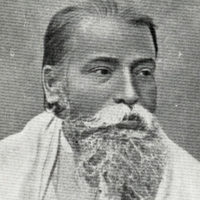 Sivanath Sastri (as spelled by himself, but also spelled as Shibnath Shastri, Shib Nath Shastri, Shibanath Shastri, Shivanath Shastri) (1847-1919) was a scholar, religious reformer, educator, writer and historian. He played an active role in the society of his times and kept a wonderful record of events but for which it would have been difficult to know and understand his turbulent age. His views have, occasionally, been criticized. He was not merely a detached historian but also an active participant of the age. The college is christened in his name because of his momentous contribution towards the enlightenment of the women in Bengal. His pioneering contribution towards the widening of social awareness of the women has formed the very foundation of the college. The College cherishes his contribution to that end by promoting education to women belonging to different segments of society.

College at a glance

Students of 4th and 6th SEMESTER of BA/B.Sc/ B. Com Hons and General course must pay the Admission Fees within 21st July through College MIS Portal

Dept. of Commerce- Project on computerized accounting and e-filing